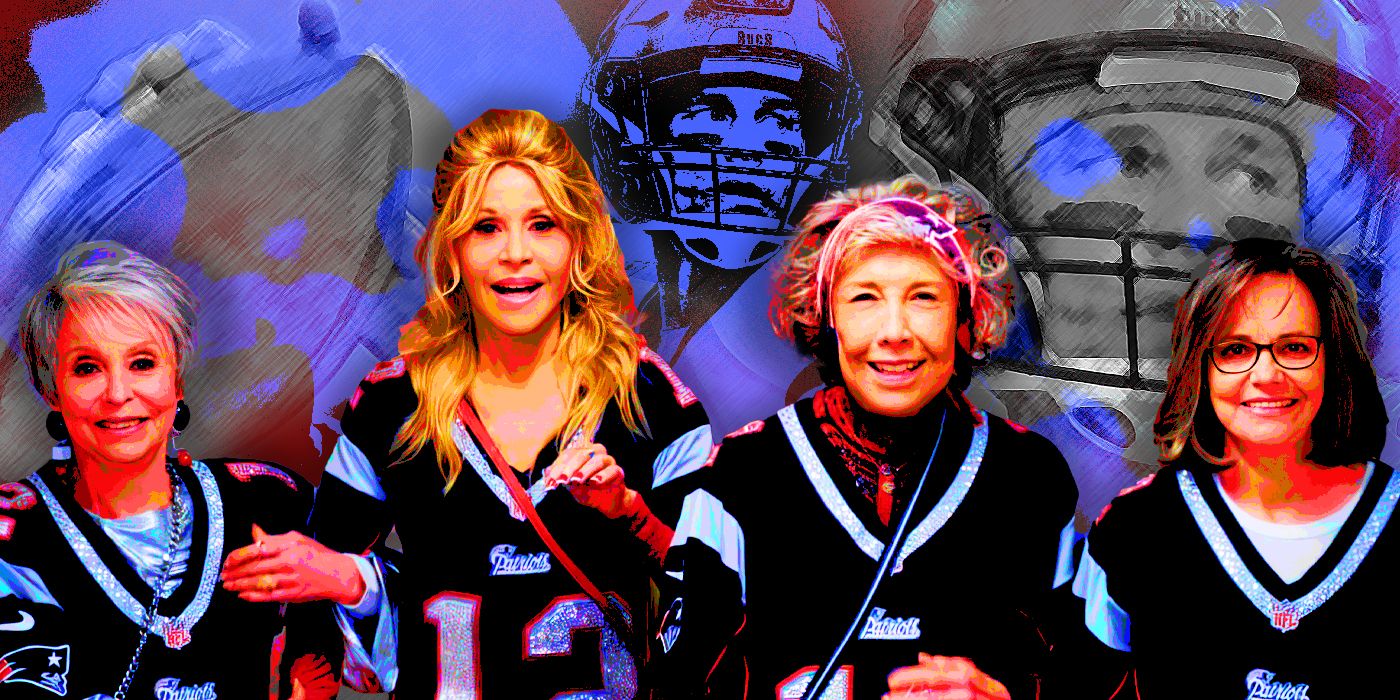 There’s a good reason why NFL quarterback Tom Brady is considered the “Greatest of All Time”. The current star player of the Tampa Bay Buccaneers and former face of the New England Patriots, Brady has won a grand total of seven Super Bowl championships in his over two-decade football career, in addition to a still growing list of other accolades. This stellar record makes it no wonder why so many football fans revere and respect the multi-time Most Valuable Player winner, but most probably wouldn’t expect him to be as appealing to women old enough to be grandmothers.

Yet, that didn’t stop four women in their eighties and Tom Brady’s undisputed biggest fans from hatching a plan to see him at Super Bowl LI. Now that story is being made by Paramount into a comedic feature film called 80 for Brady, with each of the roles of the four women being played by four award-winning actresses. If that sheer level of star power wasn’t enough, there are also a wealth of celebrity cameos audiences can expect to see in the new film. For those interested in seeing this football-loving quartet embark on their quest for Super Bowl tickets, read below to find out everything we know so far about the comedy.

Watch the Trailer for 80 for Brady

The debut trailer for 80 For Brady takes us all the way back to 2017 and introduces the four main protagonists, each being played by Jane Fonda (Klute), Lily Tomlin (Nashville), Rita Moreno (West Side Story), and Sally Field (Norma Rae). The quartet of friends are having a blast watching the latest Patriots game at home, but Tomlin’s character suggests that they should do something fun and spontaneous, eventually recommending that they should go to the Super Bowl. The only problem is, they don’t have tickets, and is the most famous and sought-after sporting event in the United States, so getting in is going to be more than a challenge. Thus begins their quest to get into Super Bowl LI, be it legitimately or not. Joining them on this noble quest are a number of major cameo appearances seen in the trailer, including celebrity chef Guy Fieri, former New England Patriots tight end Rob Gronkowski, and of course, the one and only Tom Brady.

Is 80 for Brady Releasing Online or in Theaters?

Just like how the four main stars of 80 for Brady decided to get off the couch and go see the biggest event of their lifetime in person, you will also have to leave the confines of your own home and go to the movie theater to see the new film when it premieres early next year. No details for a streaming release have been confirmed just yet, but given that 80 for Brady is a Paramount production, it only makes sense that the film would make a streaming home on Paramount+ at a later date.

What is the Release Date for 80 for Brady?

You can get your tickets for ’80 for Brady’ for as early as Friday, February 3rd, 2023 to see probably the biggest cinematic sporting event of the year when it premieres in theaters.

What is the Plot for 80 for Brady?

The official synopsis for the star-studded sports film reads as follows:

Is 80 for Brady Really Based on a True Story?

According to Paramount, 80 for Brady is in fact based on a true story, but as with many comedic adaptations that make this claim, it’s likely heavily romanticized in favor of better comedic moments and stronger plot development. A good example of that is Tag (2018), where the similarities between the film and the true story it’s based on are slim to none apart from the general premise. Though who knows? Maybe in reality the four subjects really did sneak into the Super Bowl, meet Guy Fieri, and had a romantic evening with Gronk.

Related:‘9 to 5’ Still Captures What We Hate About the Workplace

Who is Making 80 for Brady?

Tom Brady is more than just the namesake for the film. In addition to starring in the film, Brady will also be producing. In the directing and executive producing role is Kyle Marvin, making his directorial debut after producing for projects like The Climb (2019) and WeCrashed (2022). Marvin also has a screenwriting credit for the rewrite he performed alongside Marvin’s co-writer and co-producer on The Climb, Michael Angelo Covino, based on the original screenplay written by Booksmart (2019) scribes Emily Halpern and Sarah Haskins.

The rest of the crew, or team as it were, is filled up by composer John Debney (The Greatest Showman), cinematographer John Toll (Braveheart), editor Colin Patton (Pitch Perfect 3), production designer Wynn Thomas (King Richard), and costume designer Allyson B. Fanger (Fantasy Island).

Who is Starring in 80 for Brady?

Leading the cast are some of the most celebrated and recognized actresses in all film history. Between Jane Fonda, Lily Tomlin, Rita Moreno, and Sally Field, they collectively have twelve Oscar nominations, and it’s always delightful to see masters of their craft perform in something a bit more lighthearted and fun. Fonda and Tomlin in particular, who have worked together a number of times ever since 9 to 5 (1980), have quite a bit of experience in the comedic world, having been the co-stars of the Emmy-Award nominated smash hit, Grace and Frankie (2015-2022).