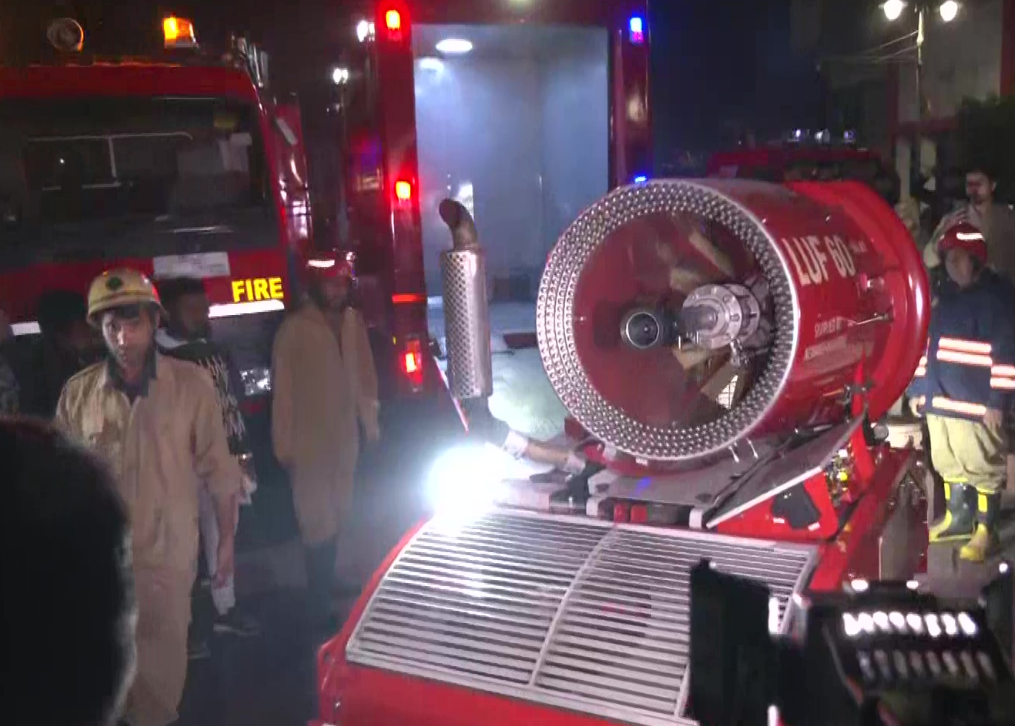 This is the second massive fire in the Chandni Chowk area in 3 months.

New Delhi: Massive fire that broke out yesterday evening in Delhi’s Chandni Chowk wholesale market is still not under control as several fire engines are at the spot and rescue operations are underway. About 40 fire engines are at the spot trying to douse the fire. Delhi Fire Service Director Atul Garg said on Friday said that the “situation is not very good” in the fire incident that broke out in Old Delhi’s Chandni Chowk on Thursday night and informed that a major part of the building has been damaged. No casualty has been reported till now.

“A major part of the building has been damaged and officials are using remote control fire fighting machine to douse the flames,” said Atul Garg, Delhi Fire Service Director.

The fire department said locals informed them about the incident at 9.20 pm, after which they rushed in the fire engines to the site.

This is the second massive fire in the Chandni Chowk area in 3 months.