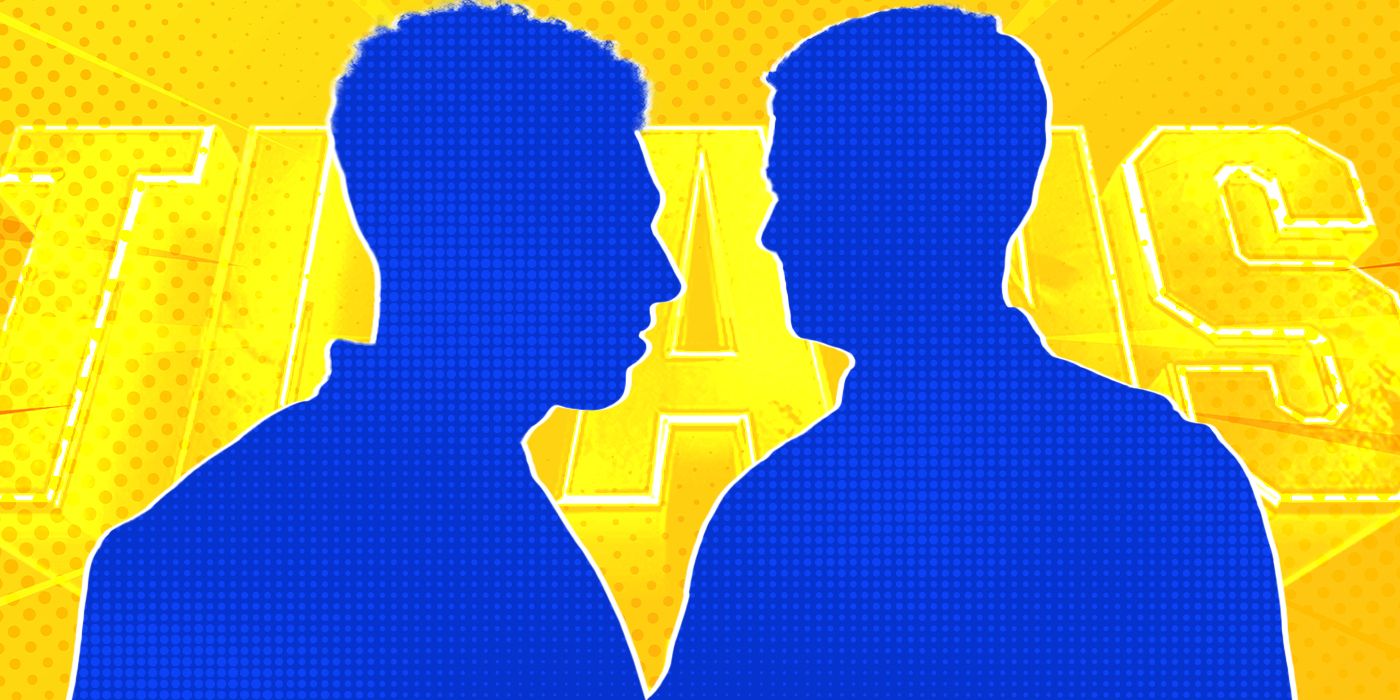 HBO Max’s Titans has been doing well in terms of representation within the superhero landscape. They have a diverse main cast of actors, including a deaf, trans actor, Chella Man, who plays Jericho in Season 2, and Savannah Welch, an actor with a disability, who plays Barbara Gordon/Oracle in Season 3. Now Titans has upped its game by introducing an adorable gay romance between Tim Drake (Jay Lycurgo) and Bernard Fitzmartin (James Scully) in Season 4.

Titans has had a few romances through the seasons, especially for Dick Grayson/Nightwing (Brenton Thwaites), who appears to have been with practically every woman on the show. Dick and Kory Anders/Starfire (Anna Diop) have been on-again-off-again for some time but are clearly endgame. Their romance felt rushed in the first season of Titans, and as of Season 4, their relationship is much more platonic. Another couple was Hank Hall/Hawk (Alan Ritchson) and Dawn Granger/Dove (Minka Kelly), whose romance was developed over one excellent episode, but they were a toxic, dysfunctional couple by the time Hank was killed. Almost all the main characters have been coupled up at some point, but what Titans really needed was a cute, slow burn, and that’s what we get with Tim and Bernard.

RELATED: ‘Titans’ Showrunner Reveals if Superman Will Appear in Season 4

Tim Drake, aka the third Robin, and Bernard Dowd are a couple in the comics, but their romance is relatively new—historically, Tim has been attached to Stephanie Brown, a superhero in her own right. But in Batman: Urban Legends #6 by Meghan Fitzmartin and Belén Ortega, Tim reconnected with his old school friend Bernard and discovered a new side to his sexuality. The Titans showrunners have skipped over the straight romance to give Tim his first love interest, and we are already rooting for these two kids!

Titans‘ Bernard is very different from his comic book counterpart. For one, his surname isn’t the same — it’s Fitzmartin, seemingly an homage to Batman: Urban Legends #6 writer Meghan Fitzmartin. Titans‘ writers thought they could trick us into thinking he was a completely different character, but it’s apparent Bernard and Tim have a connection from their first meeting onwards. In the comics, Bernard is a teenager, a student, and like Tim, obsessed with superheroes, especially the third Robin, who saves him from a cult. In Titans Season 4, Episode 1, Bernard is called upon to meet the team as he is the Director of Special Projects at S.T.A.R Laboratories. From the moment he introduces himself, Tim can’t seem to take his eyes off him. While it may seem that there’s a bit of an age difference between Tim and Bernard, considering how young Dick was when he started off as a superhero, it is likely that Bernard is a contemporary of Dick’s or some type of young super-genius administrator.

Tim and Bernard Have Natural Chemistry in ‘Titans’

Given the expanding cast on Titans, Tim and Bernard don’t get a lot of screen time, but whatever they’ve had so far has already demonstrated that the two of them have a great dynamic. Tim is a nerd who loves superheroes—Bernard is a nerd whose job it is to work with superheroes. If it’s not obvious that these two are a match made in nerd-heaven, the occasional looks, teasing repartee, and frequent gaming references definitely are.

When Dick Grayson tells Tim that Bernard and his team have created something special for him, Tim is convinced it’s the Robin suit, but it’s actually a bo-staff. It’s a cringy, hilarious scene, but Bernard doesn’t appear phased by Tim’s embarrassing ordeal. Instead, he slips Tim his number, in case he needs some help, of course. Before long, Tim is asking Conner Kent (Joshua Orpin) to take pictures of him posing with said bo-staff as a “thank you” to Bernard. Yeah, Tim doesn’t convince anyone with that excuse.

The banter between Tim and Bernard in Titans is brief but casual, almost effortless. It helps that Lycurgo and Scully have easy chemistry. Bernard supervises Tim’s training with the bo-staff (which almost never leaves Tim’s side) and while Tim is quite self-conscious that he looks “like an idiot” training with a VR set, Bernard is quick to put him at ease by sharing how silly he looks doing lateral lunges. Since Tim is new to being a superhero, he constantly doubts himself and his team’s faith in him. When the Titans are holed up in S.T.A.R Labs to protect Sebastian Sanger/Brother Blood (Joseph Morgan), Tim thinks he’s being iced out because he’s given the job of watching the video feeds. “Everyone with no skills, go hide behind the monitors,” is how Tim puts it. Bernard, who also has the same job, takes only a little offense to that statement. But he also tries to provide Tim with another perspective. Being a superhero is a tough job that requires sacrifice, and Bernard, who has known Dick and other supers for a while, has certainly seen that in close quarters. He’s more experienced in this area, if not in the field, than Tim, and has a measured approach to making such a big decision in one’s life. It’s Bernard who gives Tim a boost in confidence by telling him he believes in Tim and that Tim will finally find his “moment.”

And then they almost get eaten by a giant magic snake. Twice. And Tim rescues Bernard from said snake in the nick of time. Twice. Why are we remotely surprised that Bernard is completely smitten by Tim’s heroics? One minute Tim is unsure of his superhero abilities, and the next minute he is able to trap a magical snake with his bo-staff. Despite not knowing each other all that well, Tim and Bernard look out for one another—Tim through his physical abilities, and Bernard through his motivational pep talks.

The Titans writers also don’t preempt a kiss between the duo. There’s a moment after the first snake attack when Tim and Bernard are inches away from each other and could have kissed. But that would have been a kiss in the heat of the moment, not one that felt earned. Instead, Tim’s heroic moment comes later, after he realizes just how much Bernard appreciates Tim saving his life. Just when we viewers are internally screaming “just kiss, already!”, Tim swoops in and does exactly that. Now that’s what we call romantic.

Life-ending antics aside, there are brief moments in the dialogue during Titans Season 4 that suggest there’s more going on between the pair than what viewers are privy to. In Episode 4, Bernard asks Tim if he received his message, and Tim apologizes for not replying because he’s been busy. But Bernard doesn’t get upset that Tim’s “superhero stuff” means he’s incommunicado. He’s already a supportive boyfriend.

Despite curtailed screen time in Titans, Tim and Bernard have had the time to get to know one another. There have been a lot of furtive glances and awkwardness around each other, but it all culminates in a well-earned kiss in Episode 5. It’s important that Titans allowed the characters to grow into the relationship, so that the audience was already rooting for the relationship well before Tim has his “moment.” Superhero properties oftentimes don’t give their romantic sub-plots any time to simmer, which makes Tim and Bernard’s slow-burn relationship in Titans a welcome change. Now here’s hoping these two Titans favorites get to enjoy their romance and this version of Bernard doesn’t get captured by a cult.